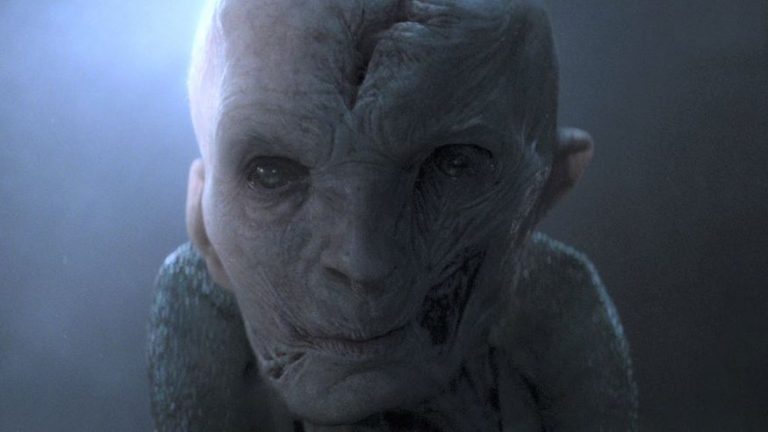 Who the actual GONK is Snoke. This is a character with no background, no heritage, who someone just decided to insert into the Star Wars universe without worrying about all the storytelling that came before. We need another powerful villain with the force. I know! How about we just create one!

Alright. So. Snoke. Who the actual GONK is Snoke? So my theory is that when JJ Abrams and his writing team or who the GONK actually writes these films sat down to write The Force Awakens, they realised Darth Vader was dead and had seen the light, Palpatine was dead and bringing him back would have been corny and predictable, and that somehow, somewhere, they needed to find a new big bad villain to fill the character roll in the new saga. In Return of the Jedi, all the bad guys got killed, because the good guys won. So there were no evil villains for a prequel movie. Even this guy here said ‘There is no Ep7’. 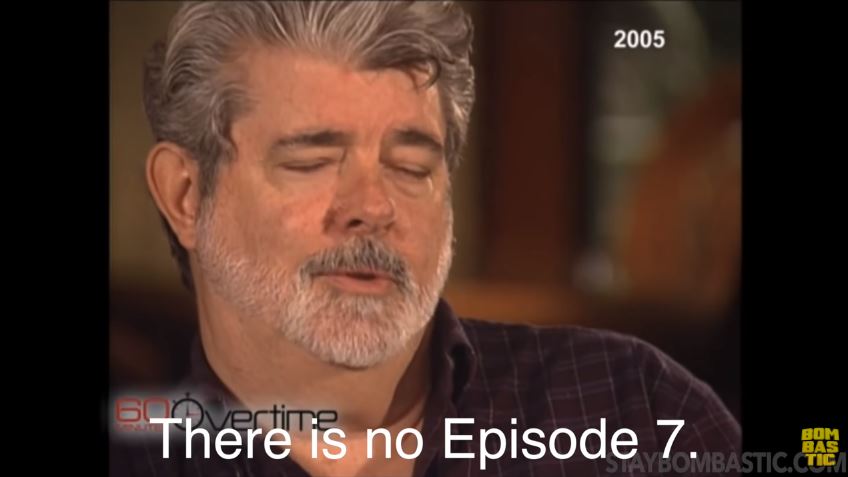 So Disney found themselves in a tough spot for creating the baddy. It was very clever first of them to make Ben Solo, the son of Han and Leia turn to the dark side. That makes us invested in Kylo Ren, because of his origins and family. But in The Force Awakens, most of the time, he just acts like an angsty teen who’s trying to find his place. And I don’t blame him or anything because I think it fits his character with everything he’s been through betraying Luke and what not. But he can’t be the leading villain. Not yet anyway.

So, that’s where they decided to just write in Snoke. A big bad guy for the sake of the narrative needing a big bad guy.

The thing about Snoke is that the writers had to fill a certain criteria to create his character. First of all he had to be super powerful. He had to have the force. He had to be a mentor for Kylo, like the Emperor was for Vader. And he had to have leadership of something big, lets say, the entire First Order. Now all that is well and fine.

But, there is no context for his existence. This is the problem. We don’t know who he is, or where he came from. And yes sure, you will say but they did the same thing with the Emperor in Empire Strike Back and just created his character for the sake of needing a bigger bad guy and Vader needing an evil mentor. But the difference is, that when they created the Emperor, there wasn’t 6 or 7 films preceeding the events of that film. It was still a fresh new universe in need of new characters and innovation.

When Snoke was created in The Force Awakens, there was a whole 30+ years of Star Wars timeline taking place before his existence. So one can’t help but ask the questions of where was Snoke when Obi Wan killed Darth Maul, when Anakin made the sand comment, when Palpatine overthrew the Republic, when the Clone Wars came to an end, when the Jedi were being slaughtered, when Luke was still a moisture farmer on Tatooine, when the first Death Star blew up, when Vader said ‘I am your Father’, when Luke faced uncle Palps, when the second Death Star blew up. Where was this super powerful force sensitive character during all of this? How can someone so powerful in this universe just be in the background and not involved in any of these major galactic events?

And they’ve even tried to fit him into the universe. You see this here? This is Snoke’s ring. He wears a ring. Anyway, according to the The Last Jedi Visual Dictionary, this ring is encrusted with obsidian from Darth Vader’s castle on Mustafar, the one from Rogue One. Now, what I want to know is how the GONK he knows Darth Vader, why he was even with Darth Vader, and how did he get the obsidian? Did Vader just give it to him as a gift? Did he steal it? Did he just like take a chunk of rock out of Vader’s wall and put it into his ring?

So now I’m going to tell you who Snoke actually is… He’s nobody. He’s someone created out of the sake of just needing a villain, maybe the midichloreans did this I don’t know, but yes this video contains Last Jedi spoilers and if you haven’t seen it yet click away now… but I was so glad he died the way he did in The Last Jedi. Good on you Kylo. When his body dropped to the floor split in two I felt nothing but complete joy. Joy! And yes I know that may sound a little twisted, but thank you Rian Johnson. Thanks for cleaning up some of the Force Awakens’ stupid mistakes and throwing my expectations out the window.

So no, I don’t think we will ever find out Snoke’s backstory in the films, because they haven’t written it yet. It doesn’t exist.

Huh. Alright I’m glad I got that out. It also made me like Kylo a lot more when he did that. I was looking for a reason to like Kylo for more than his cool lightsaber and voice and hair and parents, and now I found one. He will forever be the slayer of Snoke.

And no, I don’t think they will ever bring Snoke back in episode 9 or any other film after this one as a force ghost or something else. But if they do, I swear to GONK I will GONK GONK GONK