How To COMPLETELY Turn HUD Off In Star Wars Battlefront 2 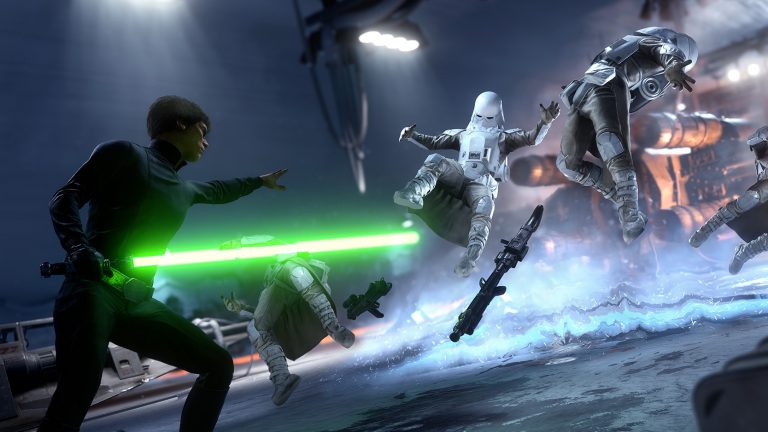 They did it! Star Wars Battlefront 2 just had a setting added which allows you to completely remove the HUD, which then allows you to film cinematics and take screenshots on console and PC!

So, to completely remove the HUD in Battlefront 2, all you have to do is go into a game, go to options, gameplay, scroll down to Heads up display, and what you’ll notice now is that there’s an option for both scopes only, and off. Scopes only allows you to play the game with a scope when you aim down sights, but removes all other features of the HUD. But the off setting now completely removes everything from the screen. Everything! Which means that when you aim down sights, you have a completely blank frame you can use to film cinematics and take screenshots. Terrific!

It does still make things awkward and difficult filming without private matches, but hey, it’s a start. They’re definitely listening to us. Hopefully in the near future private matches will be added to the game, and then everyone can get super creative with the cinematics and screenshots.

Anyway. Great news everyone. Now all we need is private matches and Jar Jar and Nien Nunb, and Anakin and Obi Wan and Windu and Jango and Dooku and Qui Gon and a few more, and then, we’ll probably be sweet!