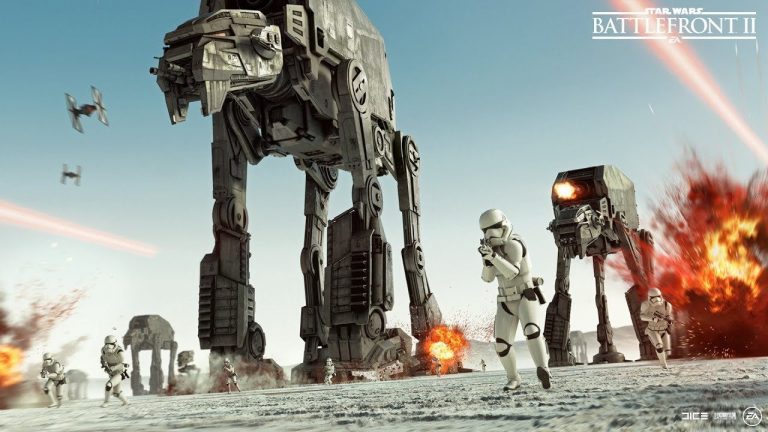 Cheap, powerful and scary looking, the CIS’s AAT tank is a force to be reckoned with.  With its thick armour, missiles and large cannon, the AAT tank was best described by our favourite Sith Lord *plays “unlimited power” clip*.  If you’re fighting for the republic and you see one of these vehicles, we recommend giving up all hope and switching you’re gaming device off at the power point.

Love it or hate it, you cannot deny Crait is sniper heaven.  Assault, officer and heavy classes cower in the trenches while the specialists fight it out with their long range rifles.  This is quite frustrating for players who aren’t too handy as a sharpshooter because it’s almost impossible to get a kill. Nevertheless, Every now and again, a regular troop will have a rush of blood and charge enemy lines hoping to become a Star Wars Rambo.  His teammates will watch on as he gets shot by 5 different enemy snipers in the space of 2 seconds.  He didn’t even have time to emote… 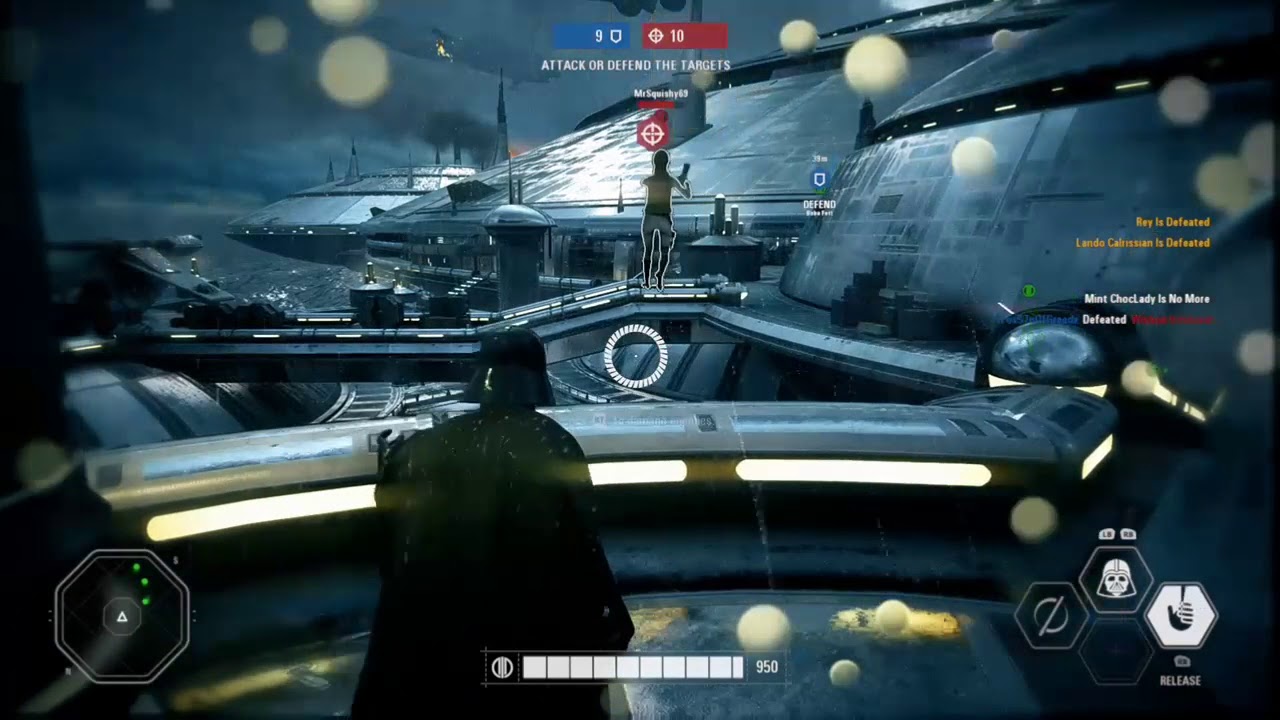 Lord Vader is a fun hero to play as because of his many cool abilities.  I don’t think anyone doubted he would make an appearance in battlefront 2, however he has been changed slightly from the original battlefront.  The ability change we will be talking about at the moment is his force choke which now does less damage but allows you to move your victims while strangling them.  While not such a big deal in galactic assault, Vader becomes a tank in heroes vs villains, especially the maps with cliffs.  Vader can use his ability to manoeuvre his suffocating victims off cliffs meaning when they finally do break free they’ll fall to their deaths.  People who play as darth vader usually agree that this is a great feature, but their victims are usually less enthusiastic and voice their hatred using Vader’s own quote as they fall. Noooooo! (Vader sound clip)

Just their very name brings up feelings of anger and hatred for most of those who played the original battlefront.  Speederbikes were a cheap way to kill enemies and, at one point, even teammates. These pesky little contraptions sped around running over and instantly killing any enemy units who are unlucky enough to be in their path.  This vehicle made a return in battlefront 2 against many players wishes.  To this day it still speeds around endor causing much road kill and discontent… unless of course you’re an Ewok *shows ewok speeder bike clip*.

A place where trolls flock in great numbers. A place where gravity shows it’s true colours. A place where many an unsuspecting soldier has fallen to their deaths.  Most of you probably already know the place we are referring to. Yes we’re talking about death bridge. Death bridge can be opened and closed by players – yeah you don’t have to be a genius to see that’s a bad idea.  Unless you enjoy losing your temper, We recommend staying away from this place because there is a 90% chance that a troll will be waiting there to drop you into the abyss. It is pretty funny when it happens though I have to admit.

Yes, we understand how hard Dice have been working to improve this game since it’s chaotic launch.  We understand that they probably didn’t have the time they needed to fully complete the progression system. (Possibly insert a quote about how we support dice/EA and how they are now doing for a great job) We understand that they are still making changes… but seriously, 500 kills just to unlock one weapon?  500!!?!  Just looking at that number makes some people angry.  Ahh well, once unlocked I’m sure this gun will give you a sense of pride and accomplishment…

When I logged into battlefront 2 for the first time one of the things that excited me most was this little box.  This beautiful little box. I thought this box meant I could play with my friends easier. I thought this box meant the end of the stupid “no friends are online” glitch.  I Immediately invited a few people from my friends list to my squad and decided to start a private match to test out this new feature… problem was THERE ARE NO PRIVATE MATCHES! Can you believe it?  One of the most used features in the original battlefront and they remove it just like that.  No more can you boost your self esteem by 1v1 random 5 year olds… I mean what? I’ve never done that! Not only does this mean that you can no longer play private battles with your friends but for us Youtubers it means filming cinematics skits for you guys is 100 times harder.  For us, this is one of most disappointing things in battlefront 2… bring back private matches!! Hashtag it in the comments! (Who knows? Maybe a dev will see the video)

Of all the things that were going to return to the game, I don’t think many people expected disruption.

After causing such a commotion in 2015’s Battlefront, nobody expected Dice to recreate it… but they did.  Replacing the officers main ability, disruption will disrupt all enemy weapons within its radius meaning they won’t be able to fire their guns or use their explosives for a a few seconds.  A handy skill to have but very, very irritating when you’re on the receiving end.

These guys were probably naturals from a young age, probably grew up on Tatooine, and probably at some point have shouted ‘now this is podracing’. From the sky they swoop, blasters blazing, leaving you dead on the ground wondering how someone killed you when you were hiding behind cover, had only just spawned, and were no where near the action.

Bossk has been reworked in battlefront 2.  He now has a sniper rifle that can be charged up, similar to the pulse cannon, and one-hit most enemies. Playing against him is so difficult because his abilities make him annoyingly hard to kill when he is used correctly. Only recently have players been realising his full potential.  But when you see that ugly green face it is recommend that you get out of there as fast as you can.

So, there are 10 things players hate in Battlefront 2. Thanks for reading everyone!